Top 5 ways you can protect your Wifi Network

Hearing that your network has been ‘hacked’ is the most terrorizing statement a tech freak can hear in his/her life. We have been time and again told and introduced by the word ‘hack’ by several pop culture references and video games. Even though we don’t know how it’s done, we know that the ones that carry on this dreadful task are smart and resourceful beyond compare; that they can technologically be referred to as Gods amongst us mere mortals and that they can break in and steal all the information we keep hidden from the world. All the deep dark secrets and the sensitive information you hold can be taken away with the click of a single key by these magical beings called hackers.

The video game ‘Watch Dogs’ clearly promotes the same by showing the hacker getting access to any and all networks just with the presence of his mobile gadget which he uses to dictate the digital life of millions of people of Chicago. But it can’t be anymore far from the truth.

To think all hackers are unbeatable is just an insult to your own intellect. Most of the ‘hacks’ that are ever undertaken are mostly due to the fault of the network owner. The inadequate security and the obvious gaps in a network will lure in anyone who has even the basic knowledge about networking. Thus you can safely say that it is an equal mistake of the network owner as it is of the one who’s currently peeking into your network. 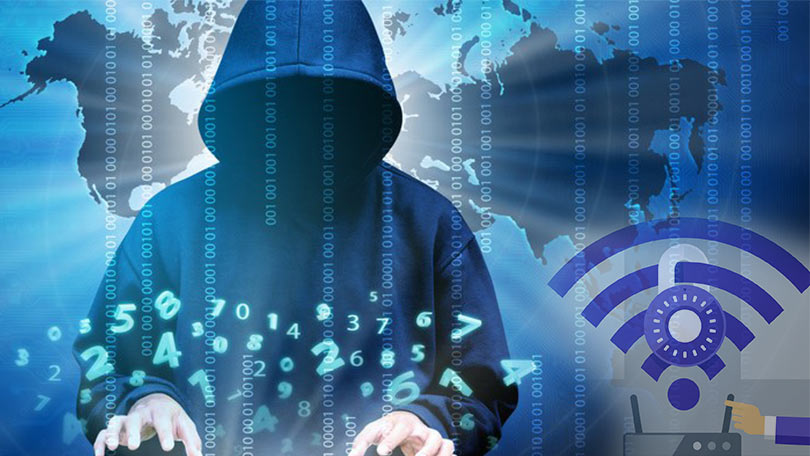 Learning by hindsight isn’t a pretty feeling and we all wish we knew what was needed to be done in order to protect our network from the intrusion. To help you save yourself from learning the hard way, I am here with 5 ways which will ensure the safety of your WiFi network and secure it enough by employing the most basic security strategies. So delve into the strategies now and secure your network better.

Keep playing with the SSID:
The SSID or the Service Set Identifier is your WiFi networks unique identification amongst the sea of other networks present to choose from. Using your SSID in your favor is the most basic defense strategy you can employ. There are a few ways using which you can secure your WiFi network.

Your SSID is by default, the name and/or the make of the router which several people don’t bother to change. This is a grave mistake as allowing a person to know your WiFi router’s name and make or model will let him find more about the router. Once the culprit is aware of the small intricacies of the router, like the WPA and WPA2 encryption algorithm which he can get from the make and model, he would be able to find a backdoor to your network from it. Thus it is important to find a name that is neutral and one which doesn’t stand out from the rest of the SSIDs visible in the group.

You can also choose to hide your SSID but that isn’t too fruitful in current times. It is advised not to do that as it does nothing to protect your network. On the contrary, Hidden SSIDs can be easily identified and hacker, in an effort to find out why the network was kept hidden will make it a target. It is no different than wearing an outfit of a stag and entering a forest with numerous hunters, where the hunting season is on. It is also known to cause performance issues to the WiFi network.
It is therefore advisable to keep ready a couple of generic looking SSIDs and cycle them after a set time period of a few months, preferably 3 months.

MAC or Media Access Control address is a unique address that is given to any and all devices which can connect to a network as a physical address. MAC address cannot be changed thus remains unique to each device.

The MAC address list is generated by your router so as to manage all the devices that are on your network. You can access this page by going to the web-based setup page of your router using a browser. After accessing the MAC filter list, check and verify the MAC address of the devices connected to your network. If you see any that’s not from your own inventory, simply block them from accessing your network with the ‘Block’ option on the MAC list.

Keep your router updated:
Your vendor constantly keeps pumping out updates one after the other to keep your device updated with the latest technology and the security algorithms.

Time and again hackers keep exploiting the weak spots of the several networking equipments of multiple vendors. Once the weakness is identified, the companies which are responsible for making the device find a way to subdue the glaring weakness. Thus once they create updated software secure from its previous vulnerabilities, it is rolled out to the devices in circulation to make sure their old firmware is replaced with the secured new ones.

Thus failing to update the firmware might put your device at risk of being exploited due to the available vulnerability which can be avoided.

Keep your router/device physically secure:
It is one thing to keep your network equipment digitally secure, but if your equipment is physically vulnerable to be accessed by anyone who’s trying to get into your network, all your efforts can go in vain.

Physically resetting the router or an access point isn’t a difficult task and it has been done by multiple hackers across the world. To avoid this, you need to make sure all your routers, access points, and open ethernet ports are protected physically by locks or by simply placing them in a non-accessible area.

While your APs and Routers can enjoy the comfort of staying at an inaccessible location, your ethernet ports can become vulnerable to being connected with unauthorized access points or ‘Rogue APs’ as they are called which are used either to illegally extend your WiFi range or to get access to your network. Hence it is advisable to keep all your ethernet ports disabled at all times unless needed to add a device you have authorized.

You can also employ 802.1 x securities and only let authorized APs to be connected successfully, and thus share the internet of your network.
Keep your encryption game up:
The most obvious solution that provides the maximum security to your network is using and activating the encryption feature of your router.

Simply head over to the security tab of your WiFi router’s web-setup page. Find the encryption tab and select the most appropriate encryption strategy. The most potent and well-known is the WPA2 PSK or Personal which adds a great security layer over your network.

Hence, these were the 5 ways which will ensure a strong protection for your WiFi network and let you browse the world of internet seamlessly without fear.