You must have heard of the term PoE when dealing with wired internet connections. While you may be wondering what the term means, it expands to Power over Ethernet. Although less talked about in the times of Wi-Fi, PoE still has its implications in the modern world.

PoE can help you when you want to cover your workplace with an internet connection, but extending electrical power to the far end seems near to impossible. Power over Ethernet is a simple concept to get two things done in a single move.

Power over Ethernet is a type of connection where you use a CAT5e or CAT 6 network cable to deliver internet signals as well as electric power to the device at the other end. So you will just need to extend a single cable to the other end, without worrying about having a power outlet in place. Using PoE, you can power devices like IP Cameras, WAPs, and VoIP phones.

Transmitting power over ethernet cables involves several techniques. However, three of these have been standardized by the IEEE standard IEEE 802.3 since 2003. These standards are termed as Alternative A, Alternative B and 4PPoE. The 10Base-T and 100Base-TX requires using only two of the four signal pairs in a typical CAT5 cable.

The Alternative B separates the data and the power conductors, thus making the troubleshooting process easier. This type of connection makes the full use of all four twisted pairs in a CAT5 cable. The positive voltage runs through pin 4 and 5 and the negative through the 7 and 8.

The Alternative A transports power on the same wire as it does data for the 10 and 100Mbps Ethernet variants. Now it may sound complicated but the twisted-pair Ethernet uses a differential signaling and doesn’t interfere with the data transmission.

When it comes to Gigabit Ethernet and faster connections, both Alternative A and B transport power on wire pairs since they all are used for data transmission.

The 4PPoE provides power using all four pairs of a twisted-pair cable, thus allowing for higher power to be used in applications like PTZ cameras, WAPs, and more.

Ways PoE can help you

Power over Ethernet eliminates the need of a power socket in every place. This may sound little but in turn gives you a range of benefits.

When the need of a power socket is eliminated, the costs associated with setting up one (electrical wires, installation, sockets, switches, boards, labor) also get eliminated. Considering the low cost of network cables in comparison to electric ones, you will save on quite a considerable sum.

Moving a network cable from one place to the other is comparatively easier than moving an electrical outlet. You cannot have an electrical socket in every place and every corner, however having a cable to reach out to the farthest corner is much convenient.

Moreover, PoE is reliable and involves less clutter. One does not have to worry about power issues like overload or bad wiring, etc. 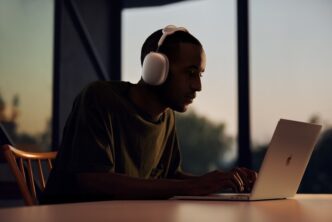 Apple’s AirPods Max Are Out and Here’s Our Take

Written by RoutergAdmin
Add comment
The Buzz About Mesh Networking and All That You Need To Know
FacebookTwitterPinterest
400G Over 200G! Should You Make A Move?