The IEEE releases a new version of the existing wireless standards after every five years or so. And with this release, comes the release of new devices to support it. The motive? Making the wireless network faster and reliable!

With improvements like faster speeds, longer battery life, improved security, and a congestion-free network, WiFi 6 is going to be a boon for tech enthusiasts. If you are not aware of what Wi-Fi 6 has to offer, this blog is something to give a read.

Wi-Fi 6 is the latest IEEE 802.11ax wireless standard that allows for the higher frequency ranges to be exploited for faster data speeds and more bandwidth. The frequency ranges we deal with while being on 6GHz Wi-Fi can vary up to 1200MHz, while on the 5GHz and the 2.5GHz bands. We observe 500MHz and 70MHz of frequency ranges. Since the frequency range available is large, greater bandwidths will be available. One major challenge users will find hard to overcome is the signal range, as the two correspond inversely to each other.

However, with more wireless space available to transmit signals through, and less number of 6E devices in the market, your device can use Wi-Fi with less competition as compared to those on the lower bands. Latency will also see improvements in Wi-Fi 6E devices allowing users to rely on real-time data for real-time streaming and gaming. Everything settles down to the point that your devices will be able to transfer and receive data faster and hold on to the connections in a better way.

As if increased speeds and reduced latency weren’t enough, the Wi-Fi 6 offers a host of advantages like improved battery life, and better security as well.

Wi-Fi 6 has a “Target Wake Time” feature that helps reduce energy needs. The basic concept of this feature is it lets the end-user device and the router communicate and come to an agreement about the time when data will be shared. This in turn allows the device to save power during times when the data transfer isn’t taking place.

Furthermore, Wi-Fi 6 supports WPA3, an improved and much secure update to the existing WPA2. With the assimilation of this feature in Wi-Fi 6, it will be easier for users to secure their network and harder for hackers to break-in and steal data.

Wi-Fi 6E is simply an extension of 6GHz band which allows devices to transmit data on the 6GHz Wi-Fi band instead of the lower 2.5 and 5GHz bands. These devices are actually Wi-Fi 6 enabled routers or range extenders that can help you attain faster data speeds, seamless streaming and smoother gameplays and let you be productive at all times.

Making A Move Towards Wi-Fi 6

The decision to move to Wi-Fi 6 is a no-brainer.  A range of benefits that this network band has to offer says all about whether or not you should make a move. Though there aren’t many 6GHz Wi-Fi compatible devices in the market. For now, you can find some from the brands like TP-Link, Cisco, Netgear and Asus.

Varied individual and business requirements may force you to adapt to solutions that are fast and let you work with ease. The 6GHz Wi-Fi is one such solution made for businesses and individuals alike. 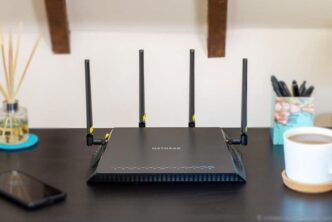 How to setup TP-Link AC750 router? 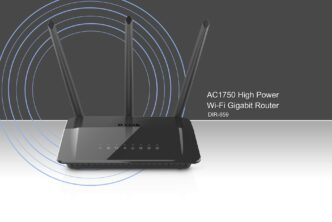 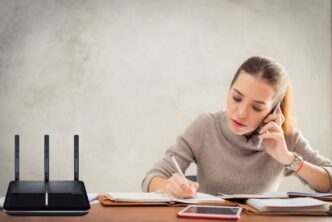