Wi-Fi 6 is here and it will take over the router market for sure. Reason- upto 9.6Gbps of theoretical maximum internet speeds, 8 device MU-MIMO compatibility, OFDMA (orthogonal frequency division multiple access) technology, improved battery lives, enhanced information security, and so much more. However, in order to savor these features, you’ll need help from a Wi-Fi 6 wireless routers. And when it comes to having one, finding the best fit can be a daunting task.

2.5Gbps capping for the Multi-gig port

Regarded the best WiFi 6 Dual-Band wireless router, the device is said to arrive with its very own Merlin Firmware, though still in beta. One thing that we adore is the excellent standalone and the Mesh-ready capacity that delivers.

The AX86U is an excellent upgrade to the older Wi-Fi 5 AC86U. In terms of the design, the router features the same upright design, not wall-mountable, however, when placed on a surface it won’t topple easily. The device comes with three removable antennas which can be swiveled around the top and on the front panel you’ll see an array of status lights for the different network ports and Wi-Fi. The rear panel has four Gigabit LAN ports and one Gigabit WAN port. The presence of a new 2.5Gbps port that can function both as a LAN or WAN really makes the device stand out. There also are two USB 3.2 Gen1 ports which support a host of USB-related features. On the right side, you’ll find the LED on/off switch and a WPS button on the left hand side.

The AX86U will give you a smooth Wi-Fi performance and includes everything you would ever wish to see in a Wi-Fi 6 router. Multi-gig support, a robust setup interface, responsive and functional mobile app, tons of impressive features and settings in a whole make this device a must have. Of course there is tri-band, more ports and faster multi-gig speeds which we would like to see in the device, but for the $250 price tag that it carries, it’s worth every penny.

Network storage performance can be improvised

What we love the most? The looks, clearly! If you are a gaming fanatic, you will love the design and how the large front-facing lighting can be customized to your mood. But we can’t leave the looks alone to be deceptive. The internals pack a comparatively less processing power than our winner and a left-out support for a multi-gig port. If you are looking for a feature-laden yet compact Wi-Fi 6 wireless router, the AX82U can be your choice.

The device comes with four non-removable antennas which can be swiveled around the top. The rear panel has four Gigabit LAN ports and one Gigabit WAN port. There is one USB 3.0 port so you can enjoy the USB-related features. Though the LAN1 port is a gaming port by default you can also combine it with LAN2 port to form an aggregated 2 Gbps connection. Furthermore, the LAN4 port and the WAN port can be combined to form a 2 Gbps WAN connection using a supported MODEM. Another attractive feature is the Dual-WAN support.

The WAN port and any of the LAN ports or the USB port can be used to host two separate broadband connections. Yes, that means you can have two internet connections from two different ISPs at the same time.

The Asus RT-AX82U ranks close to the AX86U. And selecting one out of the two will depend upon individual preferences. If you need faster internet speeds, go with the latter, however, if you have a sub-gigabit internet connection running, you’ll find the difference minimal and the former better. Priced at $230, the device is a steal.

The AX89X is also called a 12-stream router. Reason? The earlier Wi-Fi 5 version RT-AX88U’s 5GHz was a 4*4 Wi-Fi 6 band capping at 4800Mbps, and the current AX89X’s 5GHz band also caps at 4800Mbps which is now called as an 8*8 band by Asus. Collectively, they form the 12-stream terminology boosting Asus’s marketing strategy.

The RT-AX89X comes with 10Gbps wired networking support. The router comes with two 10Gbps ports. These are RJ45 10Gbps BaseT that can be used with a CAT5e or CAT6 cable and the SFP+ 10 Gbps port that requires a different optical fiber cable. The device also has one Gigabit WAN port and eight Gigabit LAN ports apart from two USB 3.2 Gen 1 ports that can host a variety of functions.

The features on this device include AiProtection, Dynamic DNS, port forwarding, IP reservation, VPN server, Wake-on-LAN and more. The AiProtection feature is a free for life real-time online protection with a useful parental control engine.

Easy to set up and use

No support for 160MHz bandwidth

If you are looking for a reliable yet affordable wireless router that supports Wi-Fi 6, the TP-Link Archer AX10 can be your choice. The device is powered by Broadcom’s BCM6750 1.5GHz Triple-core CPU and performs excellently for the specs and the modest hardware it has.

The AX10 has four Gigabit LAN ports and one Gigabit WAN port. With no USB ports in place one might feel incapable of forming their own mini NAS server.

Being among the most affordable routers in the market, it manages to bring the cost of Wi-Fi 6 to below that of the Wi-Fi 5 ones. Not to mean it’s a cheap router, in fact it is one of the most reliable networking devices.

If you are looking for a frill-free machine that performs when needed, the modest Archer AX10 is your router to buy.

No LAN and WAN link aggregation

The RAX50 is a 2*2 router on the 2.4GHz band and 4*4 router on a 5GHz band. Since the former is used mostly to keep backups, the router still has got specs where it matters. Powered by a triple core processor, and using the support for 160MHz channel width, the router is capable of delivering 4800Mbps bandwidth on the 5GHz band.

The router has four Gigabit LAN ports and one Gigabit WAN port used mostly for internet purposes. The router also has one USB 3.0 port that can be used to create a mini NAS server space. The Wi-Fi bandwidth remains shared, meaning you can connect more clients at high speeds. The device can handle up to 25 concurrent wireless devices.

The RAX50 comes with four removable antennas that are fixed on the back and the sides. Like all the Netgear routers, the RAX50 also uses Netgear Genie firmware with a standard web interface. The device can be set up using the easy-to-use web GUI and a responsive mobile app.

The RAX 50 is an easy choice among all the Wi-Fi 6 wireless routers from the same manufacturer. If you are looking for a fast and reliable router for a small home, this router will absolutely fit your bill.

Wi-Fi 6 is the modern technology that needs to be harnessed to stay ahead. And helping you do just that are the Wi-Fi 6 compatible routers. If you want to speed-up your home or office internet connection, the list of the Top 5 Wi-Fi 6 wireless routers above, will surely help you make a choice. 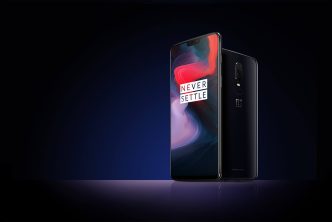